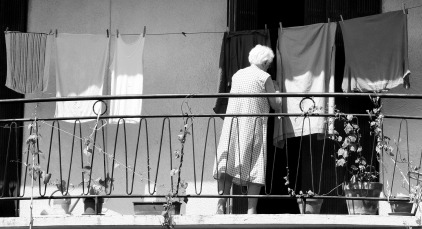 Eviatar Zerubavel argues that no calendared construction of the week was ever an inevitable occurrence. Rather, the week represents the cultural division of natural cycles into useful structures for social routines. Social time thus exhibits constructed elements not apparent in natural time.

The week is not an inevitable natural necessity and, despite its pervasive presence in so many parts of the world, it is by no means a universal phenomenon. This apparently “indispensable” cycle can actually be found only in those civilizations that either generated a complex divinatory system (for example, the Hellenistic world, Central America, Indonesia); developed a market economy (for example, China, ancient Rome, West Africa); or have come under the influence of Judeo-Christianity or Islam with their distinctive extranatural liturgical cycles. The significant feature that all these civilizations seem to have in common is that they cherish regularity, and it is thus only that they have produced the particular mentality which seems to characterize the sort of “homo rhythmicus” who has invented the cycle known as the week.

Essentially revolving around the experience of recurrence, the circular conception of time encourages the establishment of rigid routines, which promote structure and orderliness by making our life more regular as well as more predictable…

There are many routine activities (such as shopping and family visiting) that we would like to perform on a regular basis, yet which, unlike brushing our teeth or changing our underwear, need not necessarily be performed every day. At the same time, however, we also may not want to have to wait a full month in order to perform them regularly rather than on an ad hoc basis. Nature, which has given us both the day and the month, has not been of much help in our search for some convenient cycle in between them. (Unlike several other planets, Earth has no other, closer satellites with shorter orbits than the moon.) Faced with the disappointing lack of any major natural cycle that is longer than the day yet shorter than the next available natural cycle, which is almost thirty times longer, various civilizations, quite independently of one another, have tried to fill this natural gap by inventing such a cycle themselves. Hence the evolution of various forms of the week in so many parts of the world (Zerbubavel 1989, 85-86).

Zerubavel, Eviatar. 1989. The seven day circle: The history and meaning of the week. Chicago: University of Chicago Press.

Like Loading...
‹ Philippine Time revolves around the cosmos not the clock – de Guia.
The natural temporality of grass growing rates is outside human control – Gitting. ›